In recent months I’ve had the pleasure, thanks to Facebook,  of ‘meeting’ astrologer Victor Olliver, the new Editor of UK’s long established Astrological Journal and star sign columnist for The Lady magazine. As well as sharing a love of astrology (and a very black sense of humour), we have already collaborated on several writing projects. This is proving to be great fun as well as being most stimulating.

One of the things I like about Victor is his love of a good argument. So, I decided he was just the person with whom I could raise my various doubts about the merits of popular astrology. I wrote to him, airing my questions and objections at some length. Here they are. Victor’s response will follow in the next post. 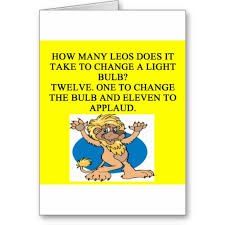 I have always refused invitations to write popular astrology columns, feeling that to do this would be to throw my lot in with the ‘entertainment wing’ of astrology. Those of us who are trained and experienced astrologers know that there is a profound, ancient and some would say sacred art hidden behind this popular mask. Some of us who know this – like yourself – still manage to combine in-depth astrology practice with writing astrology for the popular press, apparently without feeling any particular discomfort at straddling both worlds.

I suppose my big problem is that the astro-dismissers are almost invariably people who have never gone into astrology in any depth, because they never get past the shallow waters of popular astrology where they find plenty of ammunition for their scorn, much of it valid when you have a look around a lot of the astro-stuff published in the world’s media.

Personally, I see off any astro-dismissers by fixing them with a keen gaze, enquiring very politely whether they have ever studied the subject in depth, and responding to their evasions (very few direct admissions of ignorance are forthcoming) by suggesting they go away to study the subject in depth for a couple of years then come back to resume our conversation. As a ‘serious’ astrologer, I have to admit to feeling defensive when asked what I do, invariably saying that I do in-depth stuff which has very little to do with the astrology to be found in the popular press.

Is there any way round this problem? Should we all just accept that astrology of whatever shallowness or depth will simply never be taken seriously within our current materialist culture, and cheerfully get on with it, whatever kind of astrology we do? Would it be helpful if ‘serious’ astrologers who also do popular astrology were to admit that for many of us, the gap between the public face and the private reality of astrology and its practice is a very hard one to bridge?

What are your views on this, Victor? How do you justify occupying both worlds to yourself and others – and what do you suggest those of us do (apart from go boil our heads) who feel uncomfortable at having our commitment to serious, in-depth work ridiculed by people who have taken their stance from perusing the shallow material available in much of the popular press?

Do feel free, dear Readers,  to leave some observations  of your own on this contentious issue – as long as you understand that anything abusive will be binned without mercy! 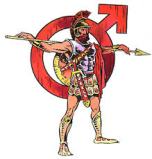