Sellieve’s Question: should we mention possible death as a transit’s outcome?

Astrologer Sellieve Neptune has form when it comes to asking me challenging questions! But I appreciate them; it is part of the job of experienced teachers and practitioners, in my opinion, to attempt to guide and support younger members of our profession in the tough but rewarding process of becoming grounded, responsible, effective and compassionate practitioners. A vital part of that evolutionary process is the recognising of both our own limitations – and those of the art of astrology itself.

My last post, on Chiron, produced a considerable amount of reaction and response. At the end of the following extract you will find Sellieve’s question, which I assume was prompted by the following powerful example:

“…A long time ago – I no longer have the chart or notes for reference but still remember the situation – a woman with Chiron conjunct her Moon consulted me not long after her 50th birthday. Chiron had recently returned to that natal conjunction. I recall that Saturn by transit was also probably involved. I asked her whether there was a difficult issue currently involving a key female in her life, and she said yes, that her mother-in-law to whom she had been very close had recently died and she was having difficulty getting over this loss; her deep grief seemed to her to be out of proportion.

I then asked if she had had a similar loss in the first year of her life. It turned out that her own mother had died when she was less than a year old, and that she had felt bereft of mothering until her mother-in -law came into her life, hence her great difficulty with the current situation. Both the client and I were deeply moved by how powerfully the Moon/Chiron symbolism had spoken on Chiron’s return to its natal position. But realising this also helped the client to make more sense of the depth of her grief, and hopefully to process it more consciously…”

From Sellieve: While reading this, it dawned on me that someone I know will have transiting Chiron conjunct their moon after their Chiron return, and their mother might die when this transit happens, not sure if I should tell them or how to counsel them thru this? I’m welcome to hear anyone’s thoughts.

That ancient basic guideline which we share with all the caring professions is still: ‘Do no harm’.

We can describe clearly to our clients the essence of a planetary combination eg Chiron/Moon by transit: but the branches which arise from that core essence are many and varied although all tie back to the core theme/s. So we are not in any position to select one branch and offer it to the client as a possibility – or even worse, a definite outcome! –  if it is something which may raise fear/be undermining or damaging.

It is another matter when (as in the example I gave in this post) the client brings a branch which for them has manifested as a death. It is then our job to help them explore this event in such a way that they gain some understanding, and are able to go forward feeling empowered rather than undermined.

Working with a client’s Chiron Return

My recollection, regarding the example quoted above, is that I sketched out a core description of transiting Chiron returning to a Chiron Moon Saturn combination, by saying something to this effect: “Your natal pattern is certainly challenging: it can manifest along a spectrum of possibilities from maternal separation or loss of some kind and the need to heal from that wounding, to having a mother whose disciplined professional work as a healer of some kind –perhaps a medical practitioner – absorbed more of her time than you as a child felt was enough to meet your needs.

This might have had the effect of making you emotionally self-sufficient, or the pattern might indicate that you were drawn to the healing professions yourself. But you will need to tell me how it showed and shows up in your life. I can point the camera at what the shot is, but you will need to do the fine tuning to bring your actual picture into focus. What’s your feedback?”

At that point, she told me that she was in fact a nurse – and that her own mother had died in the first year of her life. I then asked her, looking at Chiron’s return to that pattern, whether anything connecting to that early loss had happened in the last few months. She replied that her mother-in-law, to whom she had grown very close, had died recently, triggering her overwhelming grief which she seemed unable to deal with.

We were then able to look at how this recent death had opened the floodgates, as it were, to very old bewilderment, pain and fear still unresolved from her own mother’s death which she could now begin to see was finding its expression in her adult life through the death of her beloved mother- in-law.

Our discussion helped her to put her current circumstances into a more comprehensible perspective, and I was able to refer her on to a very experienced bereavement counsellor since she felt that she needed to do some old grief work on her past as well as on the present.

What could Sellieve do?

So, Sellieve, I think you could  – assuming that the person you mention is a possible client, coming to consult you formally – sketch out in broad terms what her particular Chiron pattern may be, then ask her for feedback so that you can work together on the information she feeds back to you. You could then find out what her current circumstances are in relation to her mother – or indeed key women in her life, or her own emotional state, and take the Chiron Return discussion from there. In my experience, you follow the client’s lead, and judge what you say – or do not say – according to that.

I would certainly not offer the possibility that the client’s mother might die, and if the client, her mother or any of her female friends have serious health issues at this time, I would not venture to discuss any medical condition but refer the person on to an experienced medical astrologer and/or a medical practitioner. It is so important for us to know our limitations, and work within them. That’s why I consider it essential for practising astrologers to have at the very least some formal counselling training, and professional supervision with an experienced colleague.

I hope, Sellieve, that this necessarily limited discussion has at least opened out some of the issues you presented, and given you some pointers.

I’d like to give the last word to the late Donna Cunningham, generous friend and mentor to many of us, whose input into the series on ethics I did a few years ago on this blog was very much appreciated:

“…We live in very difficult times, and the world at large is in turmoil. The transits are difficult ones, too. Many astrology clients are fearful about their future but hope for good news, while astrologers struggle to make helpful predictions. Sometimes, however, the things we say can leave them even more anxious than they were before. What, then, would be a healing and empowering perspective on the concerns they bring to a session?

It’s extremely important that astrologers and their clients both understand astrology’s limitations. Natal chart features and transits to them may suggest what’s going on, but they do not set the outcome in stone. Any given placement or combination has many expressions—some challenging, some positive, yet all related. There’s no way of predicting precisely how people will express those features, for much depends on their character, history, spiritual evolution, and choices. What a consultation can do is to help them become aware of their options.

Most of us work from the heart and do the best we can to help our clients. As in any service field, the better prepared we are to understand their emotional responses—and our own—during the session, the better we can serve…” 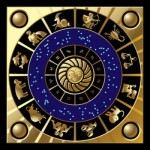 8 responses to “Sellieve’s Question: should we mention possible death as a transit’s outcome?”