I concluded my previous post by stating that I had another intriguing eclipse story to tell. Here it is, with a shout-out to master astrologer Alan Oken, a central figure in my tale as you will shortly see!

Alexander Ruperti’s  wise observation in his wonderful Cycles of Becoming could not be more relevant as an introduction to the tale:

“Eclipses simply measure intense confrontations with all those things in human nature which hinder spiritual progress by keeping one in a rut, albeit a comfortable and happy rut. They are opportunities to use the past and the present – all that one has previously acquired, as well as where he stands at a given moment – in order to build a more creative future. Since they always challenge an individual to discard all limiting influences and to start something new, they may be stressful times.”(i) 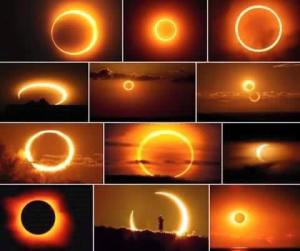 it was the last weekend of March, 1987. I was in London, staying in Belsize Grove with my brother-in-law’s fierce old cat Tadzio, my in-laws being away at the time. The purpose of the trip was to attend Alan Oken’s Esoteric Astrology weekend – I no longer remember its location. The last day of the event fell on Sunday 29th March 1987; the day of a solar eclipse at 8 degrees Aries – exactly opposite my natal Neptune, I had noted with some interest. At that point, I didn’t know much about eclipses.

Alan Oken, however, was very exercised by this solar eclipse, which was due to  be exact at 12.48 pm, just before we broke up for lunch at one o’clock.  “You should take advantage of the energy of this eclipse if you can”, he said to our large group. Having got us all settled down, he began leading us through a short guided meditation. “Think of something you want to let go of, something impeding your Path through life,” he suggested.

“Well’, I thought,” I am thoroughly sick of being a smoker“, quickly surveying the last decade of my life which had been punctuated by failed attempts to quit. “Maybe a meditation on an eclipse opposite Neptune might help me break this addiction!”

I clearly recall my lack of advance conviction that anything would happen of any significance either during or following the meditation. At that time in my life, I was not much in touch with visual imagery arising unbidden in my mind/imagination.  However, I was stunned, as we moved through the core of the eclipse, to experience wave upon wave of vivid colour behind my closed eyes: wonderful translucent greens, purples, golds…like being IN the aurora borealis.

After the short meditation I tottered out into the street, still shocked by the total unexpectedness of the experience. “Right! The time has come!” I said to myself. With that, I took out a half full pack of Marlboro Lights, dropping it into the nearest rubbish bin. It was around one fifteen pm on a cold, grey, drizzly London afternoon.

Twelve hours later, at around one thirty am, I found myself wrapping up to brave the semi-deserted, wet streets of North London until I found a corner shop where I bought a 20 pack of Marlboro Lights. Tadzio hissed menacingly at me on my return. He obviously didn’t approve either. “Well, so much for that”, I remarked to him, blowing smoke into his grumpy face. “I’ll have to find something stronger than guided meditation to stop ME smoking.”

Two weeks later, there was an eclipsed  Full Moon: three days after that, on Good Friday 1987, I smoked my last cigarette. I have never smoked since.

(i) Cycles of Becoming by Alexander Ruperti, CRCS 2005, quoted in The Moon’s Nodes in Action by Anne Whitaker (Writing from the 12th House e-publication 2015), p 7

(ii) I found the wonderful set of eclipse images on Ronnie Grishman’s Facebook Page this morning. Thanks, Ronnie!