Cheer up: solar eclipses aren’t all doom and gloom…

The writer Ernest Hemingway once memorably observed that all writers need a built-in, shockproof crap detector. Those of us who inhabit the Otherworlds of palmistry, I Ching, tarot, astrology, politics (!) etc need one of these too, in my opinion. An opening gambit of mine during the years of teaching beginners astrology classes was usually this:

“Don’t necessarily believe a word I say, exciting, interesting and persuasive though it might sound  – always test it out in your own experience…”

This has always been, and remains my attitude, probably explaining why I have done so much astrological research. I’ve never taken the word of authority of any kind on trust.

Now – what on earth is the relevance of the above to this week’s topic? 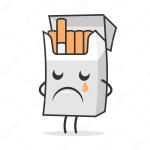 Your days are numbered, pal…

Scroll back thirty years with me. It is the 29th March 1987, London, UK, just before lunch; the final day of a weekend workshop on Esoteric Astrology led by astrologer Alan Oken. I am feeling tired, suffering from information overload, not very receptive to any more new input, much less a new experience. Unbeknownst to me, however, I am poised to have one.

Alan informs us that there is about to be a solar eclipse, at 8 degrees 18 of Aries. I’ve not paid much attention to eclipses yet (that was certainly to change as the years went on!) and am not hugely interested. Nevertheless, it dimly registers that the eclipse opposes my 8 degrees 53 Libra natal Second House Neptune which is closely sextile natal Mercury at 9 degrees 03 Leo in the Twelfth.

He then invites us, having briefly outlined the significance of eclipses, to focus on something in our lives we wish to leave behind – as he leads us through a meditation at the exact time of the eclipse. I have never been keen on guided meditations and am not at all visually oriented where imagining things is concerned. However, it seems churlish not to join in. I duly adopt an appropriate posture: closing my eyes, beginning to breathe slowly and deeply as instructed.

What did I want to leave behind? Smoking, that’s what. I’d been trying and failing on that one for about ten years. As Alan talked us through, I focused on dropping my last fag packet into a bin – forever. The ethereal sceptic permanently resident on my left shoulder – my pet crap detector – was taking the view that I’d tried everything else, so why not?

To my amazement, as I participated with the group, waves of colour began to appear – a wash of sea greens and purples, almost like the Northern Lights – behind my closed eyes. The waves peaked with Alan’s voice, then died away as he gently led us out of the meditation.

I was astounded by this experience, awed – and chastened. Something powerful had clearly occurred, despite my scepticism. As we all filed out for lunch, I had a strong urge to take my cigarettes and drop them in the nearest bin. So I did. “Goodbye, smoking” was my thought. “I’m done with you!”

Half past two the following morning saw me, sleepless, twitchy, and angry, slipping out of my in-laws’ flat into rainy North London. Heading for an all-night grocers, I bought twenty cigarettes, smoking the first one on my way back. My only company for that weekend was Tadzio, my brother-in-law’s ferociously unwelcoming old cat. “Well, Tadzio,” I remarked bitterly to him as he hissed at me on my return. “Don’t ever bother meditating on an eclipse”.

However, dissatisfaction at my inability to break that smoking habit continued to gnaw at me, especially since my husband, an even more dedicated smoker than I, had managed to stop that February, aided by a severe bout of mumps which (fortunately!) only affected his throat. He could barely eat or speak for several days – and could not bear to smoke. (Chiron just happened to be sitting on his MC at the time…inconvenient benefic, indeed!)

On my return from  London, I could see that he was struggling. Suddenly I had a bright idea. “How about this,” I said. “If you can stay off the fags until the Easter weekend, I’ll stop then too.”

“Right,” he said through gritted teeth.

Two weeks after that ‘failed’ meditation, three days before the Easter weekend, I had a lightbulb moment. (Lunar eclipse, anyone?) A Leo one, shot with my usual Leonine melodrama…“I’m going to die as a smoker on Good Friday”, I announced to my rather sceptical Aquarian husband. “And be reborn as a non-smoker by Easter Monday.”

And so, Reader, it duly came to pass. I have not smoked since.

This post was first published as my 13th Not the Astrology Column in the July/August 2017  Issue of the UK’s Astrological Journal, edited by Victor Olliver.

Photo by Alex Andrews on Pexels.com

8 responses to “Cheer up: solar eclipses aren’t all doom and gloom…”